Dr. Massoud Amin, IEEE and ASME Fellow, is a professor of Electrical and Computer Engineering (ECE), and a University Distinguished Teaching Professor Award Recipient, at the University of Minnesota. He is widely credited as being the “father of the smart grid”, and a cyber-physical security leader, who led the development of 24 technologies transferred to industry and directed all security-related R&D for all North American utilities after the 9/11 tragedies. In fact, he was at a meeting less than a mile from the Pentagon, discussing disaster risk management with White House OSTP, U.S. DoD officials, and representative of other agencies when the terrorist attacks took place on September 11, 2001.

Dr. Amin’s professional contributions have primarily been in three areas:

Dr. Amin directed the Technological Leadership Institute (TLI.umn.edu), from March 2003 until late 2018, where he led 7 endowed chairs and 54 associated faculty from across the 9 colleges of UMN, executives from industry and governmental leaders, to develop local and global leaders for technology enterprises. TLI has had substantial positive impact on the economy of Minnesota and beyond for public and private enterprises.

Professor Amin led and executed TLI’s strategic plan to develop and extend its global reach and to create new world-class programs, – including founding and leading two new graduate programs in security technologies (MSST.umn.edu, 2009-present) and in medical device innovation (MDI.umn.edu, 2014-present), in addition to minors and certificates in MOT, cyber security and information assurance. He also developed joint graduate programs in Management of Technology with the Government of Egypt and Nile University, and developed several collaborations with Saudi Arabia, India, China and the EU. He was working on establishing a new program in Energy Systems.

He is Chairman Emeritus of the IEEE Smart Grid (Jan. 2014-Aug. 2018), and, from June 2010 to August 2017, was a member of the Texas Reliability Entity (as board chairman), a utility industry regional entity that oversees reliability of ERCOT region. From January 2013 to August 2017, he also served as a board member of the Midwest Reliability Organization. Previously, he served on the Board on Infrastructure and the Constructed Environment (BICE) at the U.S. National Academy of Engineering (2001-07) and on the Board on Mathematical Sciences and Applications (BMSA) at the National Academy of Sciences (2006-09).

Before joining the University of Minnesota in March 2003, Dr. Amin was with the Electric Power Research Institute (EPRI) in Palo Alto, Calif. He pioneered R&D in smart grids in 1998, and led the development of 24 technologies that transferred to industry. Before his leadership role for North American power system security, Dr. Amin conceived of and led a large-scale, ambitious effort that was jointly funded by the Department of Defense and the Electric Power Research Institute, called the Complex Interactive Networks/Systems Initiative (CIN/SI). This was a $30 million, 5-year program that supported over 108 professors, 240 graduate students in 25+ of the top universities and other organizations in the country. It led to concepts that are now part of smart grid developments. Because of his leadership in this area, Professor Amin is often referred to as “the father of smart grids.” At EPRI he served as Area Manager of Infrastructure Security, Grid Operations/Planning, and Energy Markets, and received several awards including six EPRI Performance Recognition Awards for leadership in three areas, the 2002 President’s Award for the Infrastructure Security Initiative, and twice received the Chauncey Award, the Institute’s highest honor. He is a Fellow of four professional organizations. He has led research, development, and deployment of smart grids, and the enhancement of critical infrastructures’ security during this period.

He advised leadership of public and private sectors, including Secretary of the U.S. DHS, the White House and the National Science Advisor at the OSTP, Director of NSF and NIST, Undersecretaries at the U.S. DoE and DoD, DIA, FBI, and other agencies, while developing and leading innovating effective data-driven applied solutions and deployed strategies against advanced threats.

Dr. Amin is the author or co-author of more than 340 peer-reviewed publications and the editor of seven collections of manuscripts, and served on the editorial boards of six academic journals. At Washington University, students voted him three times Professor of the Year (voted annually by seniors in the School of Engineering and Applied Science at Washington University, 1992-1995), Mentor-of-The-Year (Assoc. of Graduate Engineering Students, Feb. 1996), and the Leadership Award (voted by the senior engineering class, May 1995). Dr. Amin received Best Session Paper Presentation Awards (American Control Conference, 1997) and an AIAA Young Professional Award (St. Louis section, 1991). At EPRI he received several awards including the 2002 President’s Award for the Infrastructure Security Initiative, 2000 and 2002 Chauncey Awards (the highest annual EPRI Award, in March 2001 and 2003), and six EPRI Performance Recognition Awards during 1999-2002 for leadership in three areas.

He served as a member of the Board on Infrastructure and the Constructed Environment (BICE) at the U.S. National Academy of Engineering during 2001-2007, and is a member of the Board on Mathematical Sciences and Applications (BMSA) at the National Academy of Sciences during 2006-2009, Sigma Xi, Tau Beta Pi, Eta Kappa Nu, a senior member of IEEE, AAAS, AIAA, ASME, NY Academy of Sciences, SIAM, and Informs. He is a member of the IEEE Computer Society’s Task Force on Security and Privacy, and served on the Board of the Center for Security Technologies (CST) at Washington University (2002-2006). Dr. Amin holds B.S. (cum laude) and M.S. degrees in electrical and computer engineering from the University of Massachusetts-Amherst, and M.S. and D.Sc. degrees in systems science and mathematics from Washington University in St. Louis, Missouri.

Dr. Amin has made transformative contributions in the areas of defense, critical infrastructures, technology, policy, and business. With significant technical contributions in predictive system identification methods coupled with analytical and multi-domain modeling, fast simulation, optimization and testing methodologies, and applies them to complex and large dynamical systems. His passion is developing leaders and powering progress.

Dr. Amin serves as an executive advisor on power & energy, systems, cybersecurity, resilience, innovation, strategy & execution. He has created and delivered on programs, initiatives, and partnerships with a wide range of international organizations from Europe, Asia, Africa, and North and South America. 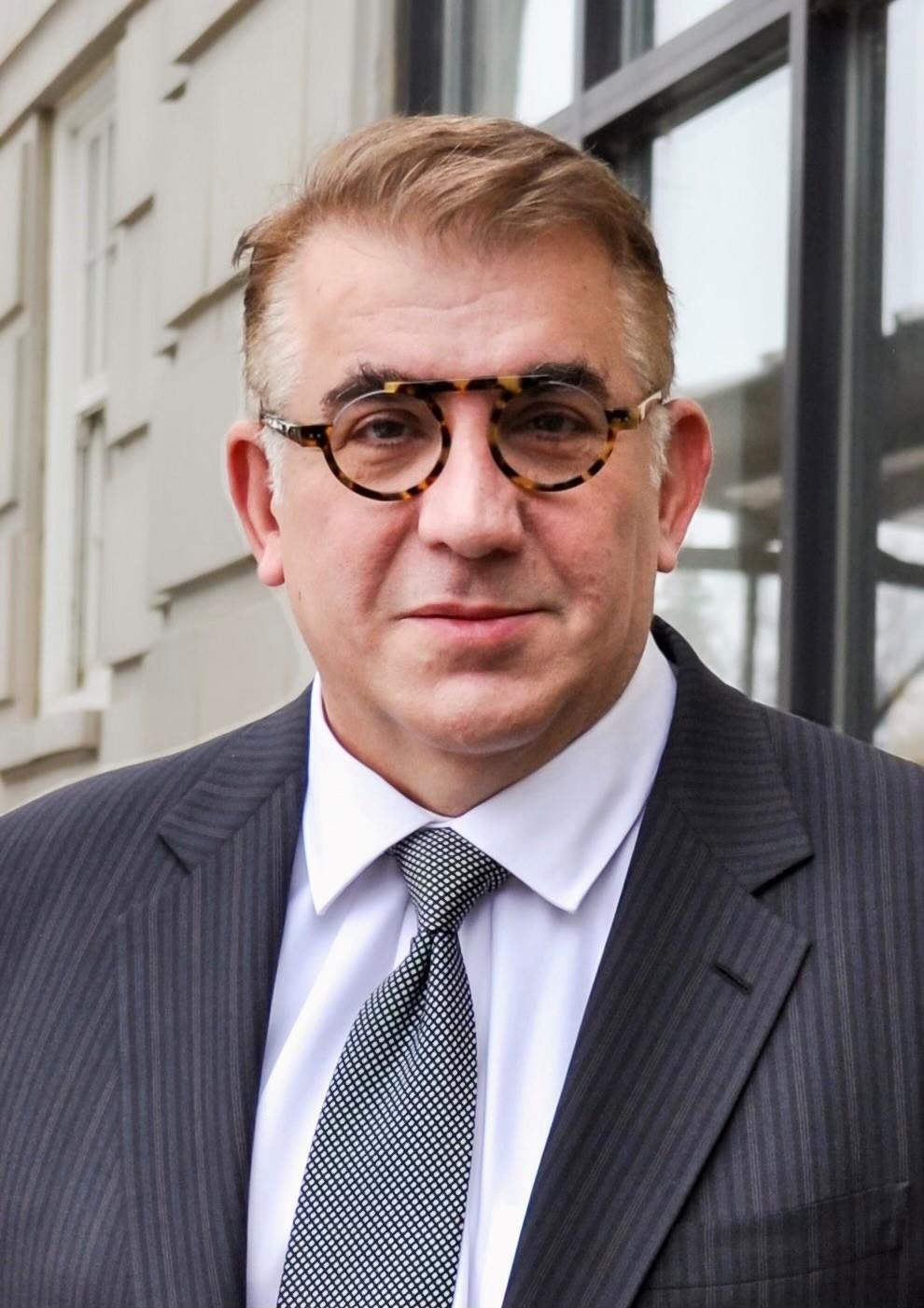